Adrienne grew up in the Garden State of New Jersey, where food – then wine – became the two biggest passions in her life. Prior to pursuring food and wine, she first had a successful 20-year career raising more than $50M in the nonprofit sector as a professional fundraiser in Virginia, New York City and California. In 2014, she left her position as an Assistant Dean at the University of California-Davis to pursue a culinary degree from the Culinary Institute of America (CIA) in Napa Valley. There she excelled receiving numerous scholarships from the CIA and the National Restaurant Association, and graduated with awards for culinary and management achievements. Adrienne also passed the Introductory Exam from the Master Guild of Sommeliers. 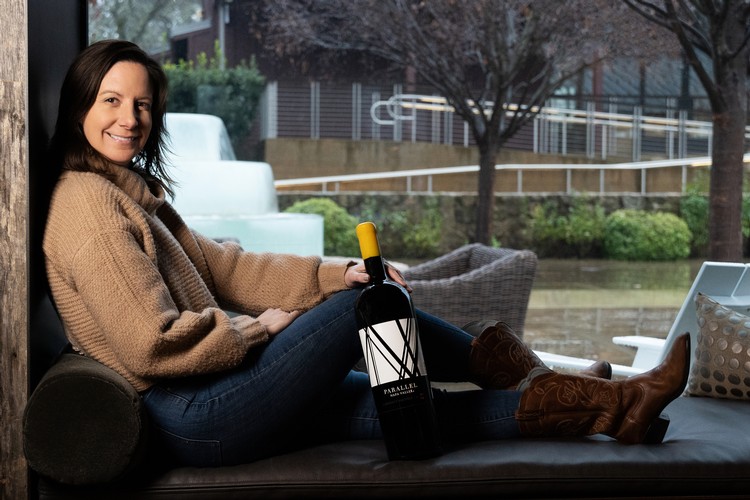 Following culinary school, Adrienne took a part-time position at Clif Family Winery in St. Helena where she supported and hosted private tastings. Although she loved this role and helped sell countless cases of wine, she was “called” back to the nonprofit sector and became the first Vice President of Development for Napa Valley Community Foundation. Most notable during her tenure, she helped the staff and Board of Directors collect more than $18M (from more than 20,000 contributions) during the 2017 Napa County Fire Complex.

Although, her two abiding passions of food and wine never left her. Adrienne joined the team at Parallel Wines in June, 2018 as their Director of Hospitality and Marketing, was promoted to General Manager six months later, and then invited to join as a Partner in December 2021. With whip-smart, fun owners; amazingly beautiful wines; and a strong brand presence in Napa Valley and beyond, building on Parallel’s 20+ years of winemaking history with Philippe Melka and the Atelier Melka Team has been a rewarding challenge.

Adrienne has BS in Business Administration and BA in Leadership Studies from the University of Richmond, VA; an MBA in Finance from Pace University in NYC; and an AA in Culinary Arts from the Culinary Institute of America in St. Helena. She is a newlywed and lives in downtown Napa with her husband, loves running along the Napa River, gardening, and of course, cooking, eating and drinking wine.